History of the company and development of plasma based metallurgical processes

SKF Steel Engineering in Hofors, Sweden, embarked on a long-range program to develop cleaner and more efficient processes for steelmaking and other metallurgical applications. One area that appeared to offer considerable promise was energy supply based on plasma generators. The work with plasma technology aimed towards extending the use of electricity as an energy source in pyro-metallurgical applications, and thereby replace combustion of fossil fuels as often used in traditional processes. The generators available at that time did not have the necessary reliability, capacity or efficiency. Therefore, a program started to develop industry-worthy plasma generators.

The intensive work paid off well in the form of a reliable and efficient plasma generator capable of delivering 10 MW power.

The industry-worthy plasma generators developed lead to the opening of the first commercial plant: ScanDust in Landskrona, Sweden. The company recovers alloying elements from flue dust from stainless steel production, with an annual treatment capacity of 60 000 tons. Today the company is under the ownership of Befesa and the technology appointed Best Available Technology for its purpose.

SwedeChrome in Malmö, Sweden, was opened for production of ferro chromium from chromium ore. The ore was imported from South Africa, but as trade barriers were issued against South Africa in the late 80ies the import was prevented and the plant had to be closed.

SKF announced the intention to concentrate on other businesses areas than steelmaking. OVAKO steel company is formed to continue the operation of the steel plant in Hofors.

As a result of the reorganization the previous year, the plasma development group at SKF forms ScanArc Plasma Technologies to continue their dedicated work under own management and to maintain the development and implementation of plasma based industrial applications. The personnel and the pilot plant facility in Hofors, Sweden, was now under the flag of ScanArc.

ArcMetal is formed as a spinoff from ScanArc. The company recover valuable elements from car catalysts; the plant is located in Hofors adjacent to ScanArc pilot plant and is still today active.

ScanArc launches a program for chemical destruction of CFCs. A facility for this purpose was installed at the pilot plant in Hofors, Sweden, with a capacity to treat 300 kg/hour. The work continued until.

Osterøy Miljø AS opens in Norway, built on ScanArc PyroArc technology. The plant treated tannery waste for recovery of metals and energy. The plant was in operation until 2005.

ERAS Metal opens in Høyanger, Norway, built on ScanArc ArcFume technology. The plant has annual capacity of 50,000 ton and was originally built to treat electric arc furnace dust for zinc and lead recovery. Later the plant included batteries in their feedstock. Today the plant is under ownership of NYRSTAR Høyanger treating zinc leach residues.

ValEas AB is formed, initiating a program to treat lithium ion batteries for metal recovery. An installation build on ScanArc PyroArc technology was built in ScanArc pilot plant in Hofors, Sweden. The work continued until 2010.

Environ Plasma opens in Friedland, Germany, built on ScanArc PyroArc technology. The plant recovers valuables and energy from electronic scrap. Today the plant is not in operation, but discussions are ongoing to resume the operation.

The employees at ScanArc Plasma Technologies in Hofors takes over the company from ScanArc ASA in a management buyout. The company is now under the ownership of all its employees, an ownership structure that applies still today.

ScanArc enters a contract with Metallo Chimique to deliver an ArcFume plant to Bersee in Belgium. The plant is currently under construction and will be in full operation during 2017. 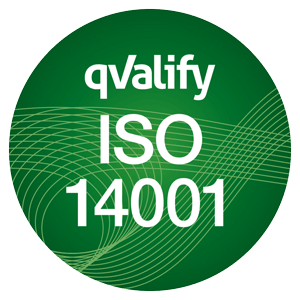 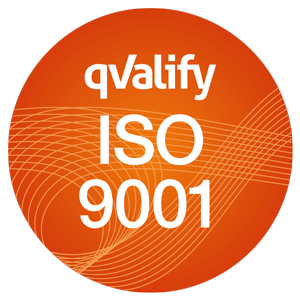